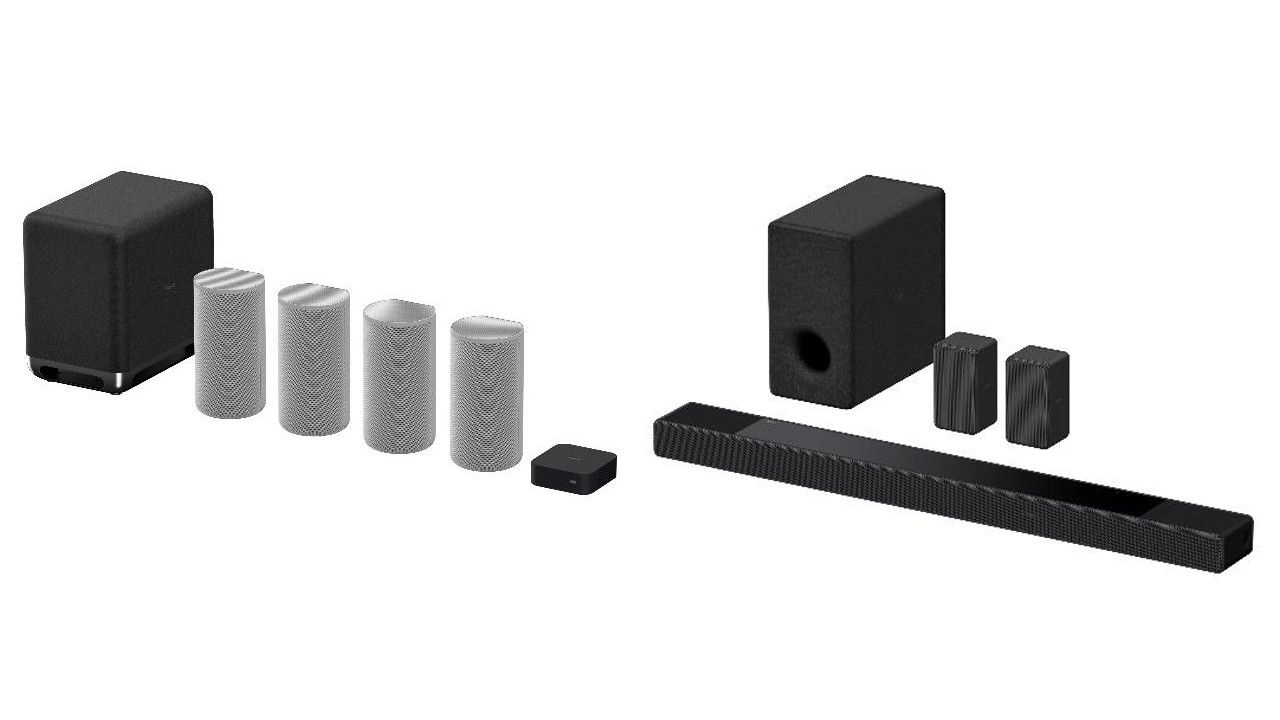 Sony has launched the HT-A9 home theater system and HT-A7000 soundbar in India. Both systems are unique and meet different requirements. The HT-A9 has four individual drivers that offer 7.1.4-channel output. These four individual units do not need to be placed symmetrically to give the user a surround sound experience. They calibrate across the room based on the position you hold them in, which is pretty cool.

On the other hand, the Sony HT-A7000 is a traditional soundbar and like the Sony HT-Z9F (review) it is modular in nature meaning you can take the soundbar and subwoofer first and then add rear speakers to enhance your surround sound experience.

In terms of features, both systems offer a lot of similar features, so let’s review first before we dive into the details of each. For starters, both the Sony HT-A9 and Sony HT-A7000 offer users support for DTS-X and Dolby Atmos virtual surround sound. Both are also compatible with Sony’s 360 Spatial Sound Mapping technology and Sony’s 360 Reality Audio. Both also support HDMI pass-through with support for HDMI 2.1. This means that if you have a PS5 and Xbox Series X and a limited number of HDMI 2.1 ports on your TV, you can connect your console to the sound bar to take advantage of features like 4K 120Hz support.

When connected to select Sony BRAVIA TVs, both the HT-A9 and HT-A7000 are compatible with BRAVIA Acoustic Center Sync. This means that the TV is used as the center channel for the speakers to add a level of immersion to the content consumption experience. Both also support Bluetooth, Wi-Fi, and support for Amazon Alexa and Google Assistant. Let’s dive into the details of each system.

The Sony HT-A9 is an exceptionally versatile system when it comes to where the speakers can be placed in a room. No need to rearrange the room to accommodate the speaker position. In fact, the 4 individual units do not need to be placed at the same height or at any particular distance from each other for an optimal experience. According to Sony, “With Sound Field Optimization, the A9 uses dual microphones on each speaker to cleverly measure their relative height and position, allowing the system to generate twelve phantom speakers that completely surround the room with immersive spatial sound. To activate Sound Field Optimization all it takes is a few clicks on the remote and in just a few seconds it will automatically calibrate itself. All four speakers connect wirelessly so there are no wires in the living room.”

When it comes to design, the HT-A9 features Sony’s omnidirectional block design. Each unit is cylindrical in shape with a flat back which makes it easy to mount the unit to a wall if required.

Users can also add the optional SA-SW5 or SA-SW3 subwoofer to the system for a more immersive experience.

When it comes to specifications, the Sony HT-A9 will provide users with a 7.1.4 channel setup with 504W of power output. It supports Wi-Fi connectivity, Bluetooth 5.0, HDMI eARC along with an HDMI 2.1 pass-through port. It also has an optical port. For audio formats, it supports Dolby Atmos, Dolby Digital, Dolby Dual mono, LPCM 2ch, LPCM fs (48kHz).

Moving on to the Sony HT-A7000, this one has a more traditional soundbar design and users can choose to pair it with the SA-SW5 or SA-SW3 subwoofer. Users also have the option of the SA-RS3S surround back speakers to add to the immersion. The A-7000 provides users with a 7.1.2 channel surround sound experience. The soundbar itself has upward-firing drivers and side-firing beam tweeters to add to the surround effects. How effectively this works in the average room where you may have a glass door or window is something we’ll tell you in our review.

As for the specifications, the HT-A7000 is a 7.1.2 channel with 500 W of output power. For connectivity, it has Wi-Fi, Bluetooth 5.0, HDMI eARC connectivity along with an HDMI 2.1 pass-through port. It also has an optical port. For audio formats, it supports Dolby Atmos, Dolby Digital, Dolby Dual mono, LPCM 2ch, LPCM fs (48kHz).

The SA-RS3S surround sound speakers are priced at Rs 30,990.